Windows RDP servers running on UDP port 3389 can be ensnared in DDoS botnets and abused to bounce and amplify junk traffic towards victim networks.

Not all RDP servers can be abused, but only systems where RDP authentication is also enabled on UDP port 3389 on top of the standard TCP port 3389.

Netscout said that attackers can send malformed UDP packets to the UDP ports of RDP servers that will be reflected to the target of a DDoS attack, amplified in size, resulting in junk traffic hitting the target’s system.

This is what security researchers call a DDoS amplification factor, and it allows attackers with access to limited resources to launch large-scale DDoS attacks by amplifying junk traffic with the help of internet exposed systems.

In the case of RDP, Netscout said the amplification factor is 85.9, with the attackers sending a few bytes and generating “attack packets” that are “consistently 1,260 bytes in length.” 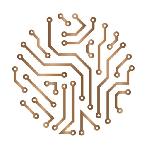 Network hackers asked for over $1 million in initial access offers

Network hackers asked for over $1 million in initial access offers

In wake of Apple privacy controls, Facebook mulls just begging its iOS app users to let it track them over the web

Microsoft Says SolarWinds Hackers Accessed Some of Its Source Code